Does it Snow in the Blue Mountains?

Yes, it does snow in the Blue Mountains, but it’s sporadic, unpredictable and doesn’t stay around for too long.

So, yes, you do have a chance to see snow up here, but you are going to have to be lucky and you may have to travel further than you think. You also have to understand that “The Blue Mountains” can mean different things! Let’s go into the topic of snow in the Blue Mountains in more depth.

Overview of Snow in the Blue Mountains

Visitors to the Blue Mountains are sometimes surprised at a few things.

Firstly, that the Mountains are such a vast area. The Greater Blue Mountains covers an area of 1.03 million hectares.

Secondly, “the Blue Mountains” can mean different things to different people and each has different boundaries!

Thirdly, that they are not as tall as some people imagine. In fact they are not really mountains at all in a geological sense, but actually better described as an uplifted plateau.

The foot of the Mountains is the Nepean River at about 20 meters above sea level. From there it climbs slowly upwards. Katoomba, the hub of most tourist activity, is at around 1010 meters and Mt Victoria village 1052 meters. Further out west, but still in the Greater Blue Mountains area Oberon is 1113  and nearby Mt Werong  is the highest point at 1215.

Temperature tends to drop 2 degrees C for every 300 meters of elevation, so you can see Katoomba is generally around 6 degrees cooler than Sydney. This is one of the reasons that many wealthier people started building holiday houses up here, to escape the stifling Sydney summers. Also to escape the pollution, Sydney used to be a fairly grimy dirty place.

How often does it Snow in the Blue Mountains?

Snow in the Blue Mountains used to be more common and much heavier. A Google image search of “Snow in the Blue Mountains” will show you scenes of some of the big dumps of the past, even down to a couple of famous events in the Lawson / Hazelbrook, Mid Mountains area. Global Warming has of course put a dent in the amount of snow dropping and the number of snow days. Some would also argue the amount of development, houses, roads and other infrastructure has also altered the climate at a micro level. The last big snowfalls down to Hazelbrook and Lawson were in 1965 and 1984.

It’s estimated that there are from 3 – 6 Snow days currently per year, with a couple of those just “flurries” of snow, not really settling, even at the higher altitudes.

Where can you see Snow in the Blue Mountains

If you are travelling up the Mountains, on one of those Snow Event days, it’s highly unlikely that you would see any evidence of snow before Hazelbrook  / Lawson. If you did it would be likely to be just flurries. Snow Flurries are light snow, intermittent, and unlikely to linger on the ground. You can spot them, as they fall more slowly than raindrops, they drift in the air and when they land on the windscreen of the car they will leave a different type of imprint. If you have your car headlights on, and you probably should in conditions like these, they also are easier to spot.

The climb up Boddington Hill after Bullaburra, marks the transition to the upper Mountains. At the top you are on the Plateau, so from Wentworth Falls onwards you have a better chance. I’ve personally seen snow at most of the villages past there. Most of it melts once the sun gets cracking, but some of it can linger on for a couple of days in shady areas. Small gullies that perhaps only get a small amount of sun are a possibility if you are not actually there when it snows. I’ve seen snow piles in the gully between Leura and Katoomba, two days after a snow event.

Climbing further up to Blackheath & Mount Victoria will probably guarantee you snow, but, you still need to be there on the right day.

A heavy dump of snow can close the roads through the Blue Mountains!

For such a huge geographical area, it often surprises people to learn that there are only 2 main roads through the main section of the Blue Mountains from East to West. The Great Western Highway and the Bells Line of Road.

Depending on the severity of snow falls, either or both roads can be closed for a period of time. This road closure usually happens at Mt Victoria & Blackheath, though they can close it lower down, for instance at Wentworth Falls or even Lawson. Information signs will be displayed lower down the mountains. The good news is, if there is enough snow to close the road up there, there is probably going to be significant falls slightly lower down at Medlow Bath, Katoomba or Leura, that may be accessible.

Please follow all instructions issued by authorities and if the weather is at all inclement it’s best to drive with your headlights ON.

If you are  planning to spend any time in the Blue Mountains, snow related or not, it’s probably a good idea to pre download some information apps BEFORE you go and then play around with them, rather than wasting your time doing it once you are here. We have a short list of Snow and Weather related apps at the bottom of this article and a full directory page is currently being prepared for the  site.

If you are lucky to be staying overnight in the Mountains and you wake up to your car covered in white, it’s probably a heavy frost rather than snow. If you need to travel, pouring water over the windows will clear the ice. Be careful not to use very hot water as it can crack your windscreen.

We do also get some significant Hail Events through the Blue Mountains that can leave deep pockets of white hail and open areas looking like snowfields. Storms often develop out west and then travel in towards the coast. The sudden altitude change of the Great Dividing Range seems to trigger the hailstorms in this area.

If you encounter a hail storm while travelling, it’s usually a good idea to pull over in a safe spot, activate your hazard lights and wait till it’s over. They usually pass fairly quickly. Check the radar map of the BOM website for accurate info.

As mentioned earlier, if you push on past Mt Victoria, you can get to Lithgow or further on to the small town of Oberon. Oberon is very much known for it’s snow. The nearby locality of Shooters Hill is even higher and is even more likely to get snow when it’s about.

Past the Greater Blue Mountains, the regional cities of Bathurst and then Orange both get snow, especially the later.

Snow in the Blue Mountains – Conclusion

Do your research first, download the apps mentioned below and check out some of the locations mentioned on your maps. Then you’ll be all prepared and ready to leap into action if you hear about snow or the possibility of it.

Useful Websites if you are Travelling to the Blue Mountains

This is the official Bureau of Meteorology Website. If you are using any other weather apps, they are probably getting their data from here, so why not go straight to the source.   They have an excellent app as well.

Forecast for our area – The Central Tablelands

This is the official Transport for NSW webpage and there is an excellent App. (There is also a Facebook group.)

Live updates of traffic conditions, road works, accidents etc. The link is to the desktop version.

It would be remiss of me not to also include the official Fires Near Me site of the NSW Rural Fire Service. Now, you may think if you are going to the mountains in search of snow there is no need to be aware of bush fires, but you should always be prepared. There are many photos of mid October bush fires around Blackheath and then quite heavy snowfalls on the same day exactly a year later! There is a great app for this as well.

This site has some useful info and will give you a firsthand view on what’s happening around Blackheath. The site navigation is a bit tricky, head back to the Homepage and then the small Menu button for other options. Some great photos in the files.

link to Blue Mountains Antique Shops
A Comprehensive Guide The Greater Blue Mountains area has many wonderful Antique Shops & Antique Markets. In this comprehensive guide we list what we think are the very best, list some of the smaller interesting outlets and some of the specialist dealers. We must also note at this point that this is not a “complete” […]
Continue Reading
link to Blue Mountains Community Notice Boards
There are Community Notice Boards scattered right through the Blue Mountains. They are great for both locals to promote events & services and visitors to see what’s happening across the Blue Mountains. Most boards are locked and require a key to access. Look for a notice on the board itself, it usually directs you to […]
Continue Reading 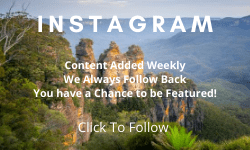